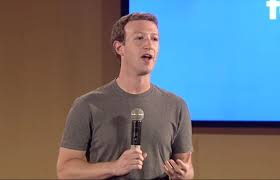 Facebook CEO Mark Zuckerberg fielded a wide range of questions from students and well as a few posted on Facebook during his first Townhall Q&A in India. Zuckerberg addressed a gathering of about 900 students at the Dogra Hall at the Indian Institute of Technology, Delhi.

“Zero-rating is necessary to ensure that we are able to connect everyone to the Internet,” Zuckerberg said. He then when on to list what Facebook believes are the many benefits of the Internet.org initiative. “You can’t provide the whole Internet for free.”

Asked a question on why India is so important for Facebook, he replied, “Connecting people in India is one of the most important things that we can do for the people of the world.”

Zuckerberg also responded to questions on virtual reality, artificial intelligence and the role Facebook is playing in those emerging areas of technology.

The Facebook founder also had a few words of advise for students who wish to follow his path and set up their own businesses. “Focus on what you want to do for the world and not the decision to start a company,” he advised.